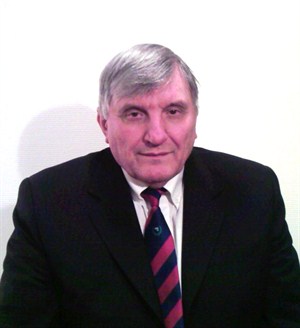 Shihan Gabor Kurdi was born in 1942 in Budapest, Hungary. He graduated as an Electrical Engineer and worked in that field while studying a wide range of martial arts throughout the 60s and 70s. His interests and training have included Judo, Ju-Jitsu, Kendo and Shotokan karate. In the early eighties, he was privy to Hayashi-ha Shito-Ryu training when Hanshi Thiry arrived in Budapest for the World Cup being held there. Shihan Kurdi kindly offered his dojo as a place for practice for the American Team members training under Thiry. It was then that he made the decision to become a member of the Hayashi-ha Shito-Ryu organization under Thiry. A holder of a Roku-Dan, Kurdi was awarded the title of Shihan in 2005 in recognition of his contributions to the organization and karate communities at large.